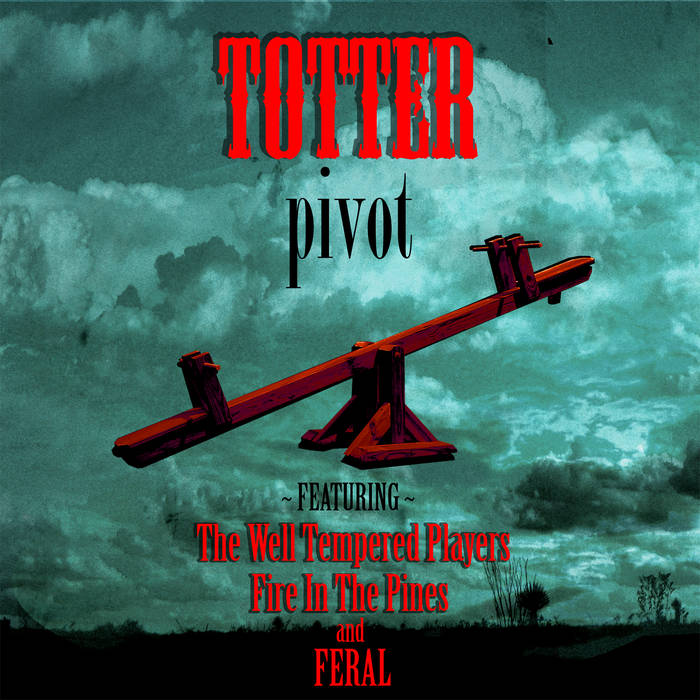 This album features Totter with The Well Tempered Players, Fire in the Pines and FERAL. All songs were recorded live in the studio or in front of a studio audience. There are explicit lyrics on track 5.

Warning / Explanation of Explicit Content on my album "Pivot"

After much deliberation, I feel obliged to give a warning and explanation pertaining to the explicit nature of some of the lyrics, and music for that matter, which exist on the album "Pivot" that I just released into the world. Although it is in my nature to be mysterious even to myself, I have come to believe through my correspondences with others that I might be misunderstood and have chosen to shed some light on the subject.
Track #4 is "Lucy Lu". Let it be known that from the vantage point this song was written and performed, Lucy Lu is a cute name for the Devil and is short for Lucifer. Hopefully this being known will dispel the thought that I am singing that I will make love to and murder, among other explicit acts, the actress with a similar name or any other human being. Exactly what the Devil is, the idea of the Devil is, or which tradition I am speaking from or referencing, I leave to the listener to ponder, for I know I have and was doing so during this song.
Track #7 is called "Compulsion's Widows". Therefore it could be said, it is about that which is left behind once compulsion is dissolved, as well as the journey to get to this point. Amongst other explicit lyrics in this song, the one that would most likely stand out to the average listener is: "I'm wondering through the cold alley ways, in search of a child to curb my hunger." To clear the air, I am speaking metaphorically here. In this case the metaphoric meaning could be said to be as such: "On what I believe to be my journey towards losing my compulsions, therefore my sense of self, and becoming one with all things light and dark, I hit a supremely lonely and honestly quite scary place of realization; that nothing here is new and singular. Upon this realization a mad frenzy arises in which I am desperately grasping for something new and of its own. I am yearning for something not connected to or controlled by the seemingly whimsical movements of the celestial bodies, something not made from that which has come before it, something fresh, younger than youth, something timeless, something not made by its nature or nurture, so to speak." In this song the child is the symbol of this, which I am hungry for and striving after.
Lastly, for now, I would like to confess that on track #5 "Evil L.A." I use the F word.